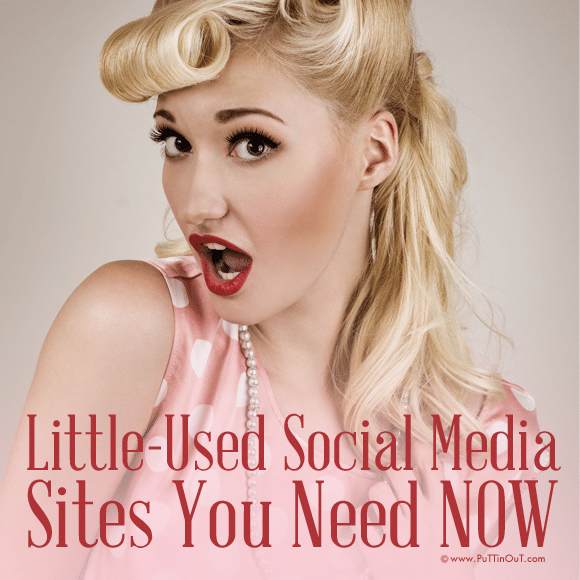 If you’ve been keeping up with this blog for a while, you may remember a post I did a while back on different approaches to social media that went beyond your basic Facebook campaigning.

Things have changed since then. There are loads more social outlets than ever before, and people are more addicted and enabled than ever to be active on various social outlets (see my post about how the most successful businesses are active on a whopping 7 social media sites!!) – so it’s time to diversify!

According to Dig Daily, 5 Tweets are issued every second that contain links to Vine videos. I almost don’t believe it, but it’s on the internet, so it must be true!! If you can do video, you need Vine in your life. Like Twitter, Tumblr, and Instagram before it, Vine capitalizes on the tiny, allowing for rapid consumption and viral shareability (sometimes something’s so good you’ve gotta make up a word 😉

Okay, so a lot of you are already on Pinterest, but this place gets tens of millions of weekly hits, and is perfect for social sharing. So you may be active on Pinterest, but it’s time you start really marketing on it! Look into their new Rich Pins feature, because it’s going to be a game-changer for SMM-ers.

This is another one I profiled exclusively (for more, see my Tumblr marketing post). But it deserves to be mentioned again – microblogging, like Pinterest, is explosively shareable. This isn’t an outlet you can ignore, especially given how popular it is with young demographics that are harder to reach on Facebook.

You may not see SMS as social media, but here at PuTTin’ OuT, we see EVERYTHING as a potential social outlet!! This is a majorly untapped medium for social engagement that’s immediate and highly targeted.

It’s incredible how valuable a mobile presence and local optimization are these days, and those are both what Foursquare is all about. If you’re new to it, Foursquare is a local business check-in sort of deal for mobile phones. It’s the whole package!

Some people might not call this a social networking site, but – well, you know us. SlideShare is another site you can create networking opportunities on if you play your cards right, generating site traffic and interested followings through shared media (in this case, slideshows).

I know, I know, you already know about G+, but you’d be surprised how many people don’t know how vital it is. Think about it: Google runs the SEO show, so of course Google+ is a heavy rank factor. And now G+ presence weighs more than Facebook presence, so get that fire under your bum and hop to it!!

Got more little-used social media sites? Share them below!