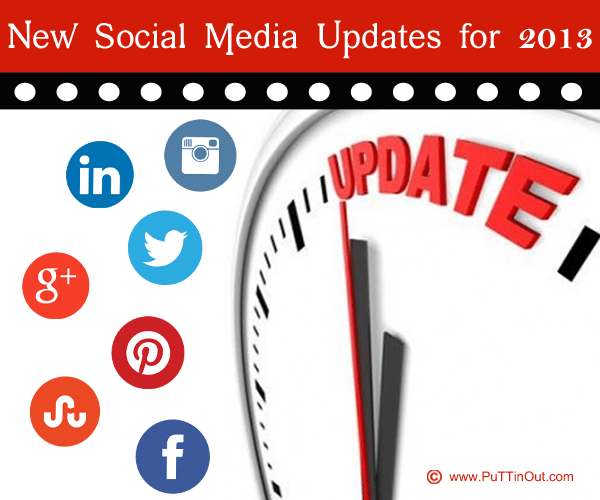 The worlds of social media and marketing (and, by default, social media marketing) are always changing. Just look back on all of 2012’s innovations in Facebook alone; we’re not posting the same way we were last holiday season.

So in order to help you prepare your social media marketing campaigns and plans for the new year, the time we all plan to make new beginnings, we’ll run down a brief preview of a few of the projected social media updates for 2013. So far a lot of this stuff is pretty well under wraps (I’m sure we’re not allowed to see a lot of what is to come for their own marketing purposes), but what is known so far we’ll let you know now. After all, it’s never too soon to start getting ready for change.

Our first tip, ironically enough, isn’t even actually regarding any of the social media kings directly, though it certainly involves them (and very likely involves you as well).

Microsoft Outlook is an integral fixture in most offices, seemingly as inseparable from the American office environment as the proverbial water cooler. Microsoft is famously a bit further removed from the social media giants than other tech companies, with the likes of Google even launching their own takes on social media. Even MS Office has been a bit deficient in including social media connectivity in the past. But given the dramatic increases in the necessity of social media in the work place, Microsoft is responding with Outlook’s next version.

In Outlook 2013, you’ll be able to instantly connect to numerous social media profiles of your own, from Facebook to LinkedIn. From there you can directly import your contacts, check updates, and even message right from Outlook, making it even more of your one-stop hub of communication.

With new improvements, you’ll now be able to email non-Twits right from your profile on standard and mobile interfaces, meaning you can send over your posted images and links verbatim to anyone with contact details.

The new updates also include improved searching capabilities, adding notes relevance to search results. This could provide some very useful insight for your social media marketing.

That’s right, Facebook may be following in Google’s footsteps, branching out to start trying to get into the hardware industry.

It may seem in response to Google’s getting into the phone, tablet, and laptop industries, but rumors of this have been going in since 2010. Zuckerberg famously began consorting with the likes of ex-Apple cellphone creators some time ago, and HTC scheduled to release a Facebook-based phone sometime in 2013 about a year ago.

This would be an Android phone and would feature some sort of innovations in interfacing, but the exact benefits aren’t quite clear yet. Superfluous? Possibly. But intriguing nonetheless.

In the meantime, keep up with all things social media marketing on the PuTTin’ OuT blog to stay afloat this year!