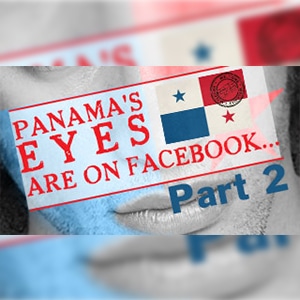 Have you heard about Panama? In another case of the best and brightest Central American countries, this is where we’re arriving today. With the introduction of mobile technology and the country’s own commitment to advancement, it’s NOOOOO wonder we love this little potential-packed nation. In case you missed part one, familiarize yourself with Panama’s Facebook stats first.

As if they could smell the change in the air, Panama has implemented some BIG changes for their technological advancement. One, the “infoplazas.” These are kiosks (PuTTiN’ it in layman’s terms, here) which offer free internet in locations throughout the country.

In addition, the e-government (maybe we ALL need one of those…) has provided computers to schools and continues tech advancement.

A Leader Among Men

Panama is considered a technological leader in Latin America and is striving to make BIG changes (and I mean BIG when you think of its agricultural background). The country has funded tremendous advancement. From $275 million in 2007 to becoming the top of the list in information and communication technologies (ICT) for the region.

The implementation of mobile technology has been huge for Panamanians. Although at the top of the ICT list, Panama is 57th in the world and hopes to bring itself into the forefront. This includes $120 million in digital inclusion programs, with an investment of over $3 billion in the last three years. They hope to jump from 0.4% GDP to 0.7% in the next few years.

It’s all About the People

A recent upswing in the country’s available mobile technology has allowed Panamanians to grow on social media. In the last year, studies show that natives use online social networks at least 2 ½ hours per day.

You may say you use more, but this is a HUGE investment for this country. And it’s growing.

LinkedIn and Badoo are also included in the growth pattern.

With Facebook, we know it’s all about the fans. They like it and they share it. They make it or break it. Panama is less predictable than, say, Guatemala, with varying types of fan pages topping the list.

Telecommunications is definitely there. Claro, the same big business badboy that tops many of Guatemala’s lists, is also doing well in Panama. While Claro boasts fairly good numbers and an upswing score of 55-58%, they are blowing away the competition (the next score being TVN Panama with 73-76%).

Panama fan pages are honed toward entertainment. The top pages mostly consist of telecommunications, movies, Digicel Panama (like the Netflix of Panama), and Playstation. A few sports pages like Nike Futbol and Bbb shoes & boots are also included.

This indicates the openness the country has for new and interesting entertainment – they’re hungry for something to catch their interest, waiting, perhaps, for the new trend. Most of these have seen the “top” pages at least 6-10 times in the last 6 months, indicating a social devotion that continues over time.

Seeing the numbers of fans slowly and surely gaining on its larger predecessor the socially devoted Guatemala, Panama is an ambitious violet, full of potential and fitted to regional and international vendors.

What interests you in Panama? How would you reach the country via SMM?