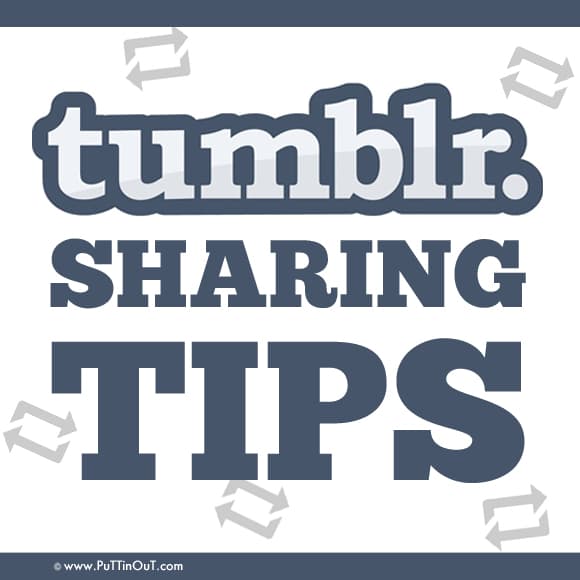 Hopefully by now you’re already actively using Tumblr (if you’re not, you probably missed my post about why Tumblr matters for social media marketing!!) – but if you haven’t yet mastered the whole microblog thing, maybe it’s time for some tips! I hope you’re EXCITED – because you are going to LOVE Tumblr once you get the hang of it!!

Tumblr is a community that’s mainly built of young, edgy, tech-savvy internet fiends. To get a better idea of what I mean, check this girl’s blog post about Tumblr – along with some basic terms, there’s also a video at the end where she sums the site up well.

If you’re planning to post inspirational pics for your life insurance company, this probably isn’t the site for you!

Commenting may be turned off by default on your blog page, so head to the Settings in your Dashboard, and allow whatever level of commenting you’re comfortable with. Know that Tumblr folk are unpredictable, and this may end up with some comments you don’t want.

Engagement is a big factor in successful sharing, though, so after you’ve set this up go out there and start some discussions!

Tip 3: Link Back to Your Site

All the sharing and reblogging in the world does little help if it doesn’t provide interested people a way to get to you. So make sure there are relevant links in your profile and even on original images you post.

Building a community that benefits you and other bloggers means finding other bloggers to start following who you trust, admire, and could benefit from getting in on their following.

This is an awesome tool! Add Bookmarklet by following Tumblr’s instructions at the top of the linked page, and you can share images and gifs you find anywhere online.

You want your posts to get found, right? So make it as easy as possible with relevant, visual-oriented tags.

Check out your Tumblr analytics to improve engagement – how do you know how to improve if you don’t know where you’re slacking?!

Have some more Tumblr tips? Let ’em rip in the comments!