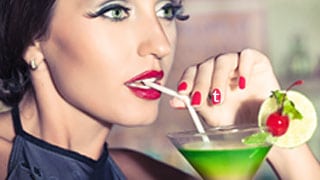 In a recent post we touched on the absurd popularity of Tumblr  and posed the question: Why the heck aren’t you using it?!

Now that you’ve taken the hint and joined the 140 million+ micro blogs on there, it’s time to really start using it. Of course you can always keep a blog on there for your own general interests, but come on, over 10 billion page views a month and you’re not going to try some social media marketing?

Take some time to start implementing these Tumblr marketing tips and factoids to your brand’s advantage.

Using any social media platform effectively means understanding the uniqueness of the platform.

You’ve probably seen grandmas and CEOs and politicians on Facebook and Twitter – that’s probably not going to be the case with Tumblr. The vast majority of Tumblr users are youngsters – think 20-somethings and down.

This isn’t necessarily the platform to start networking with other professionals. Think of it more of a way to reach a given demographic (though you can start making a push to bring in your own markets).

Keep in mind that the main idea of Tumblr is visual media. That said, keep your blog’s aesthetics in line by using their custom HTML feature to personalize your page. Keep it consistent with your branding so people know what you’re all about.

Tumblr thrives on tags. Most blogs’ names are sort of cryptic, and their users’ names are typically very nondescript (as user names tend to be – think names like hot2trott76 and mrbubbls). Tagging your images effectively so people can find them – and you – is paramount. Be descriptive and use common keywords and phrases to help out.

Lucky for you, Tumblr comes with its own post scheduling software, so you can get regular content set up all at once for a continual presence. Take advantage of this and make sure you’re not letting your followers forget about you.

Of course all your efforts may be for nothing if you’re not informing them with actual stats and analytics. Thanks to a new StatCounter tool, you can easily monitor Tumblr metrics and optimize your approach.

This may be the most important part of your social marketing presence on Tumblr – take advantage of the built-in Twitter and Facebook reposting. Use this feature to get your posts automatically shared on other social outlets so you can incorporate your existing following. This has become doubly important given Twitter’s recent update !

Are you marketing on Twitter? Why not?! If you are, what are you doing that works for you?