How I Used Twitter to Rebook a Flight Before Everyone Else 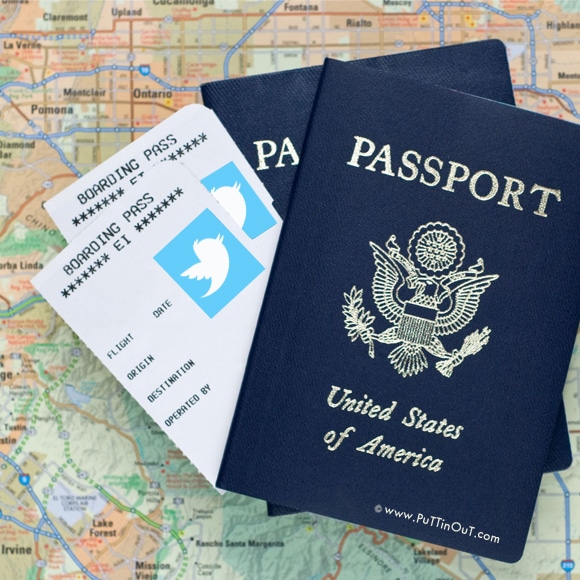 I was on the way from Las Vegas with a connection in Chicago to London Heathrow to visit my husband’s family. Boyd’s mom was taking the train from Scotland to London to meet us at his brother’s house for a couple of days before I was scheduled to be at the Maison Objet tradeshow in Paris.

Literally, a couple of days was all we had in London. Train tickets and everything had been purchased from London to Paris so skipping London wasn’t an option. Not to mention, my mother-in-law wouldn’t have been too happy with me!

As we were in the air headed to Chicago an announcement came over the intercom that we were being delayed and couldn’t land in Chicago due to inclement weather. Image that! It’s Chicago for goodness sake….home of – 30-degree temps and snow past your eyeballs.

We proceeded to fly around and then the announcement was made that we were out of gas and needed to refuel. So we landed somewhere in the middle of farmland Illinois. The airport was so small there were no rental cars to get us to O’Hare, so we were forced to stay on the plane for the max amount of time allowed by U.S. Flight Rules for passenger rights: 3 hours, as outlined by the US DOT.


Everyone, including my former travel agent hubby, was trying to rebook their flights via phone. I must have been the only one on our flight using Twitter to rebook our flights… and twice, at that!

Ann, American Airlines’s sweet Twitter customer service agent was remarkably helpful. If only I could say the same for the airline attendant who was yelling at passengers… Fortunately, Twitter paid off there, too. When I showed the flight attendant the tweet advising me to move to the front of the plane so that we could deplane sooner, the flight attendant declined. I told Ann, who then suggested I show the attendant the request again. Then she complied.

We got mid-air and were told that we were headed toward St. Lois. This wasn’t helping us reach our already-rebooked flight from O’Hare/Chicago. (EEEErrr…) What made this awful situation better? My twitter friend was keeping me updated on where we were actually headed, and indeed we were headed to Chicago (officially announced 3 minutes later). But there was still one problem…we were NOT going to make the rebooked flight!!! And there were no additional flights going out!

We landed in Chicago just 45 minutes before the London plane was to depart! Great this is looking good, right? Yes!

Well, that’s until there was no gate (that was a 15-minute wait). Then, we arrived at the gate on the opposite end of the airport from our London gate, which we knew from a tweet. Then, we proceeded to wait another 45 minutes for a gate agent to connect the tarmac from the plane to the airport!

Fortunately, I got a nice little 140-character notice: a “DELAYED” message for the plane to LONDON!

Ann kept me engaged along the way from the moment I took off at the podunk airport to Chicago until I boarded the plane to London that very evening. She was so gracious, supportive, and apologetic. Every step of the way I felt secure knowing she had contacted the gate agents for the London flight, letting them know we were running to make our second rebooked connection.

[Head to the bottom of the post for our complete Twitter conversation! Pardon the typos… needless to say, I was a little flustered!]

In exchange, what did my husband do? Upgraded our flights! Would he have done this if it weren’t for our helping hand on Twitter?!!? Absolutely NOT! He would have never had the opportunity, as we would have missed the first and second connections. Instead, there were gate agents greeting us with open arms, confirmed seating, and options to upgrade (that we took).

The Moral of the Story


What can Twitter do for your business? If you’re not there or paying someone to be there for you, you’ll never know! Off of this one conversation it earned American Airlines an additional $500. Considering Ann was the only on-duty social media agent of her small team, I think it’s totally worth the effort for every business to find out. 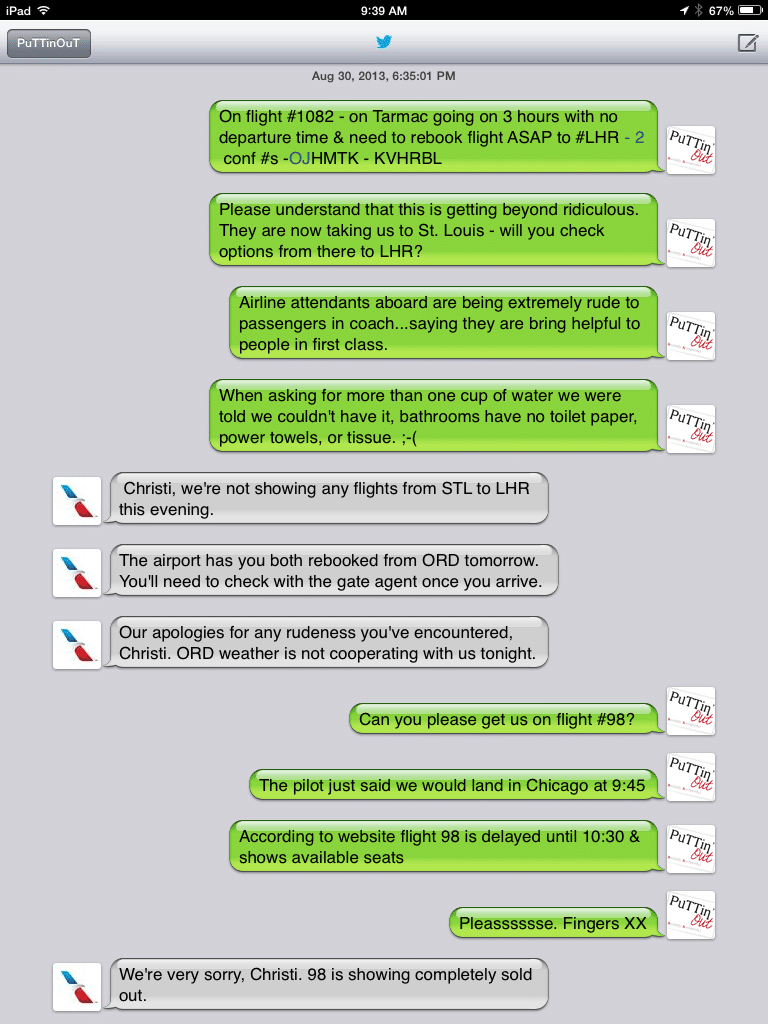 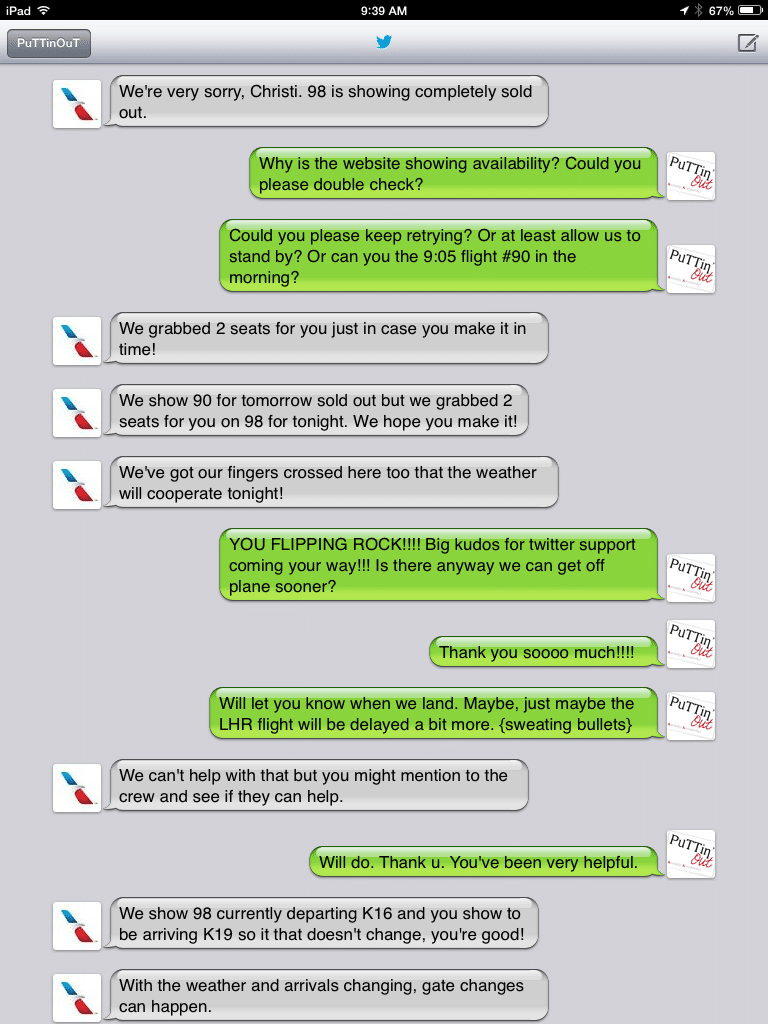 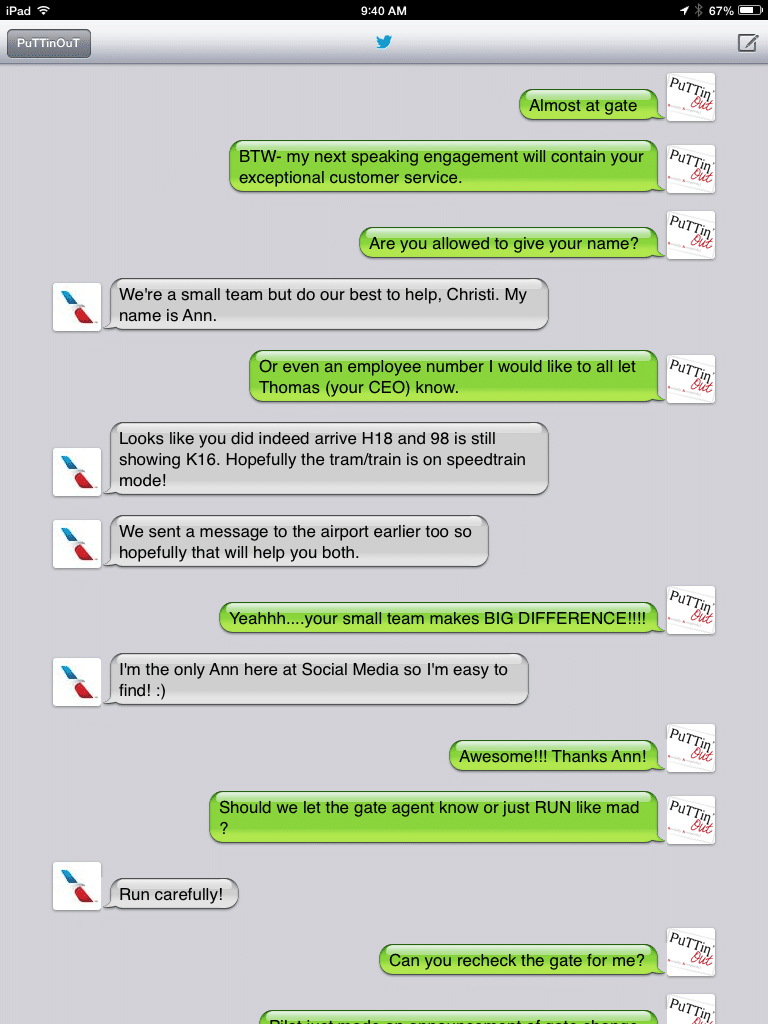 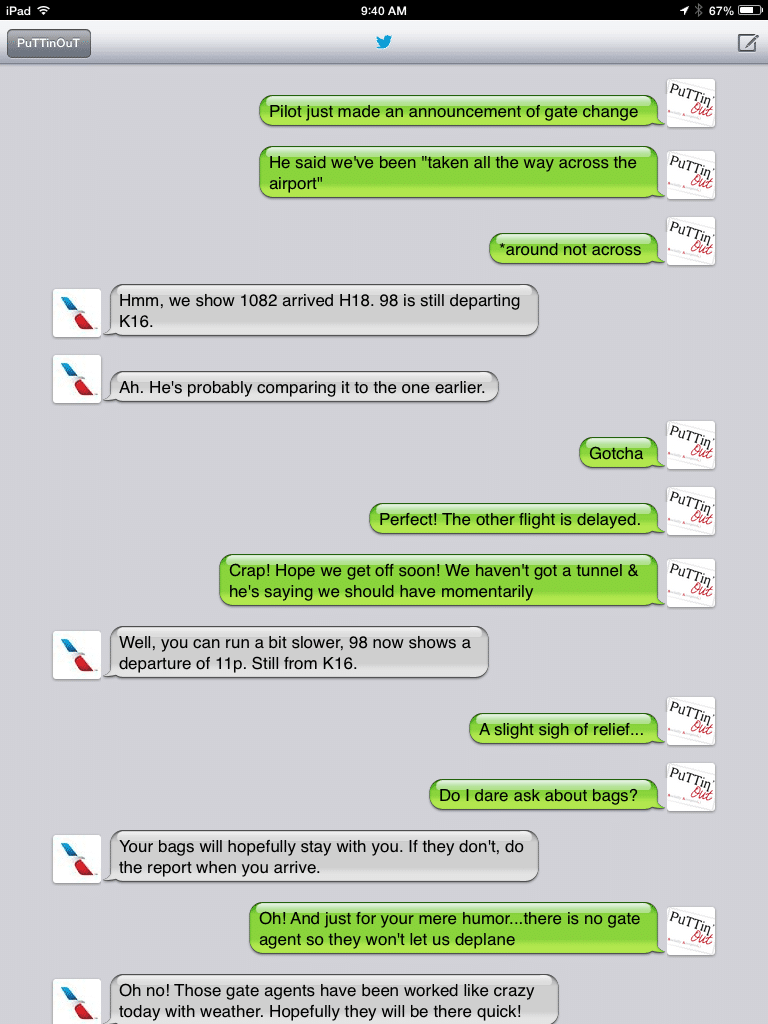 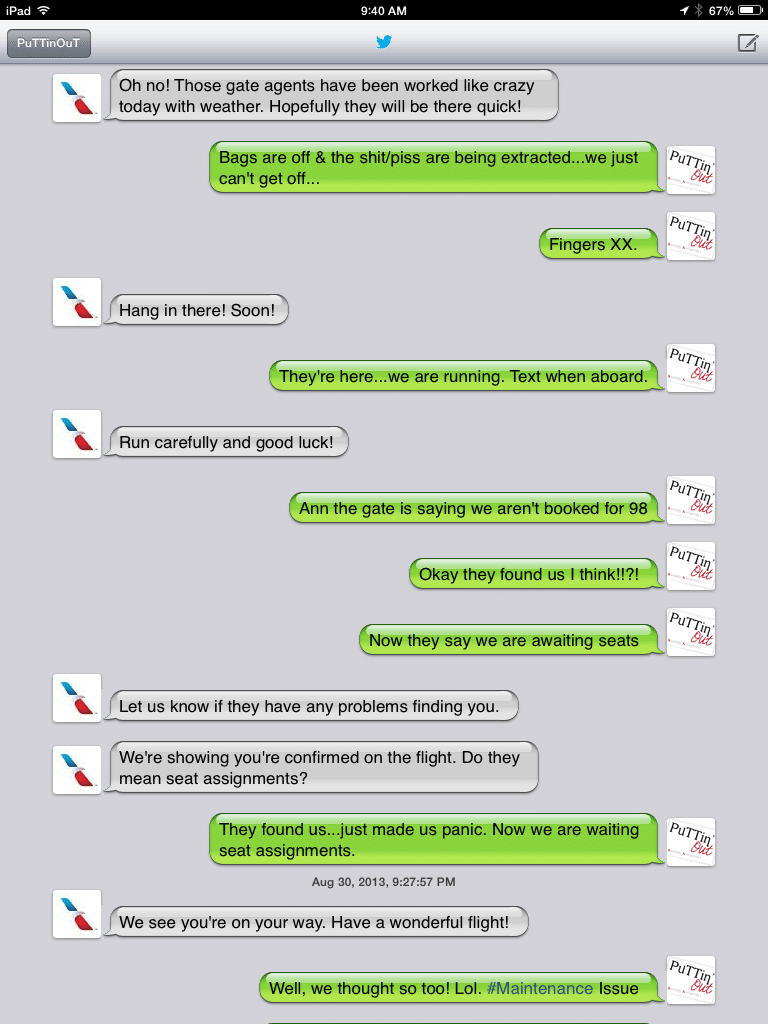 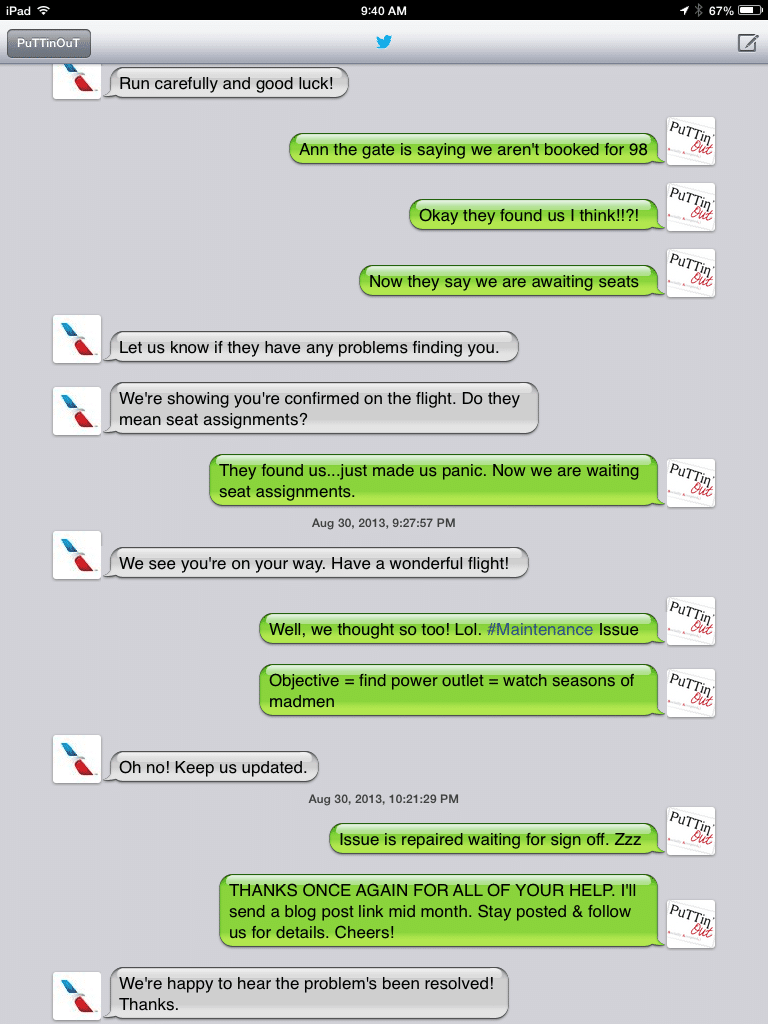 Got a twitter story of your own? Please do tell. We love hearing your successes!