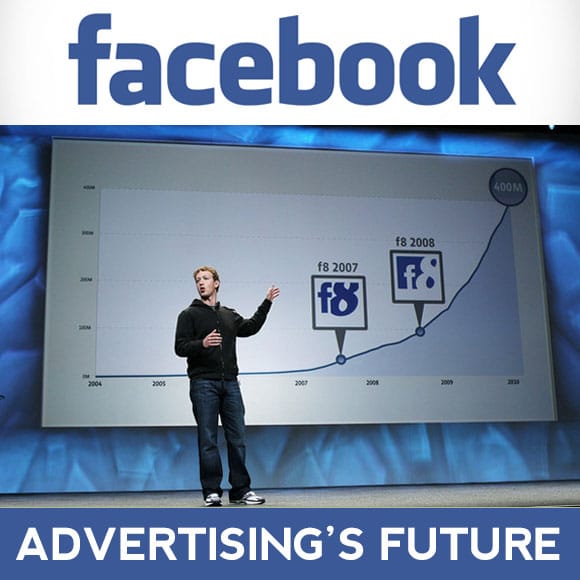 We’ve already talked about Facebook advertising’s present, which is now starting to become Facebook past as the company looks forward to 2014 (and to getting their revenues/stocks up after waning interest from teens).

But what do they have in store for advertisers in the future? According to Social Media Today, a recent open call with investors showed some plans are in the works that’ll come about soon. They’ve been seeing a bit of unhappiness from users for their current advertising, so you can expect these big changes to make it up soon.

A Page OuT of Google’s Book

If there’s any tech company you want to model yours after, it’s Google – which is why Zuck wants to start turning Facebook into a more significant source of user content. He’s looking to make Facebook a place where users come to peruse around and find content and engagement on their own more than being told what to engage with (as by advertisers), so consider that when you’re planning an advertising campaign.

Apparently a big complaint from users has been the prevalence of sponsored ads in their feeds (you mean people don’t like that?!). We’ll see if there’ll end up being a downturn in the number of these ads, but apparently these ads have reached maximum capacity for now.

A New Type of Ad

In response, look out for a brand spankin’ new way to advertise on Facebook – video. For now it looks like it won’t be cheap, raking in $2mil per quarter-minute clip, but it should be well worth it given that they’re slowing down on sponsored ads for now.

Still, mobile advertising remains their top earning service (about half their revenue), so don’t expect to see that slow down anytime soon. Video ads should be great for mobile, where a huge chunk of video content is consumed daily across devices.

The company also wants to have not just more advertising, but smarter advertising. Look for more pushes to emphasize goal-setting in the future, prompting Facebook advertisers to target specific outcomes like downloads, likes, and sales conversions.

So start rethinking your Facebook campaigns, and get ready for some of these changes to hit by the end of 2013. In the meantime, remember to stay tuned to PuTTin’ OuT for the latest social media news and social media marketing tips!

What do you think of these new changes? Let’s talk about it in the comments below!