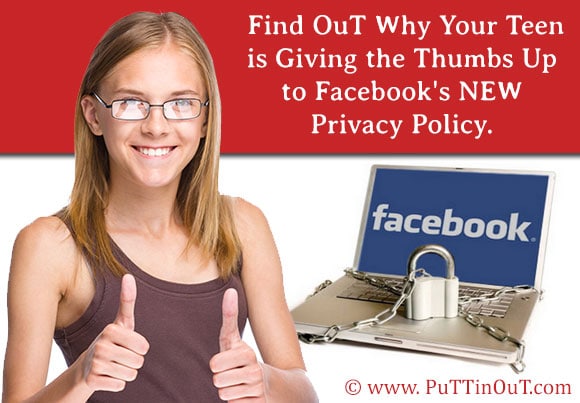 Like everything Facebook does, the new changes to their privacy policy have been widely talked about – and incredibly misunderstood. If there’s one thing that really grinds my gears about social media, it’s when people write something off without taking the time to understand it.

So, to make sure no one gets on my bad side and stops using the most important social media outlet out there for no good reason, here are a few misconceptions to clear up!

1. It Only Affects Teens

Like the latest One Direction news, this update only relates to teens. Before anyone goes off thinking that all their grandma’s embarrassing photos are going into public domain to be seen by all the world, if you don’t fall between 13 (the lowest age allowed on Facebook) and 17, you’re completely unaffected. Again, the whole One Direction thing. (If you don’t know who that is, it’s also safe to say this update doesn’t affect you.)

This whole update was meant to help Facebook compete in the slightly “waning” (according to a Pew survey) teen demographic. Grandmas, uncles, parents, 20-somethings, and even pets are still in full swing, so no need to change anything there.

2. This Is a Marketing Thing

Before anyone gets too deep into an ethical hissy-fit about the updates, it’s important to understand that this is a business move foremost.

As stated, there’s been a bit of a drop-off in the teen usage of Facebook. Blame it on the rebellious 15-year-old not wanting his mom to know about that photo of him with a cigarette, or the bullied girl trying to escape all the “drama” always getting stirred up on newsfeeds, but the fact is not everyone is okay with the over 1bil people now strolling through Facebook-land all day.

Social sites like Twitter and Tumblr (remember, there are other social sites that matter) have always allowed teens full reign of their privacy (not to mention Myspace, which most teens today probably think is some place surrounding Saturn). Those more youth-oriented places offer them the freedom and usage they’re more interested in, and Facebook’s trying to catch up.

3. They Have More Control

All this doesn’t mean everything ever teenager does is immediately all over every sex offender’s feed. In some ways safety has actually improved.

In the past, default settings put every post a teen made in front of “Friends of Friends,” and now the default is set just to “Friends” – and how many 13-year-olds do you know out there who care enough to change default settings? On top of that, anytime someone under 18 tries to set their posts to “Public” they get a slew of pop-up warnings so they know what they’re doing can be seen by people they don’t know. On top of that, followers now can only see posts they’re actually the audience of.

Hopefully this helps FB pick up some slack – and maybe more advertising revenue so they can keep growing.

Hopefully this has brought a little clarity on something most people have only relied on hearsay to judge. So spread the word! And look to the rest of the PuTTin’ OuT blog for more tips from Las Vegas’s top social media marketing guru!