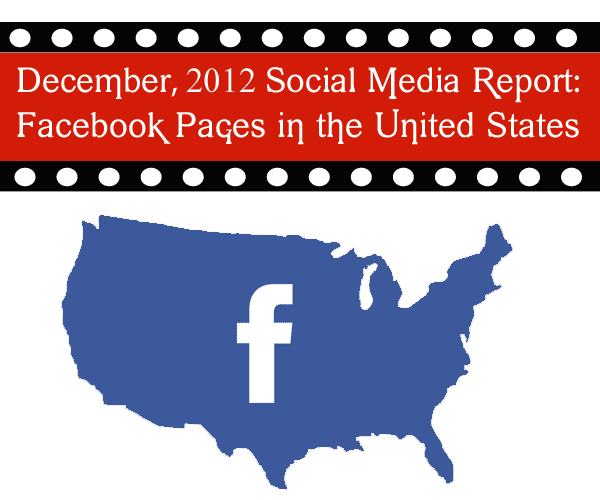 I know the New Year has become such a looming figure, such a talked-about opportunity and topic that it seems 2012 is already obsolete, already last year’s news, but don’t forget that it’s still actually 2012.

And just in time for the end of 2012, Facebook has released a report on what the US social media follower thought was most important, interesting, or just plain worth talking about, regardless of all of our collective social media marketing. Let’s take a look at what Facebook tells us was worth our time and consideration this past year and maybe see what that bodes for next year and our own social media marketing efforts.

What sort of place do you think held 7 of the top 10 most commonly “checked-in” spots in the country? New York City destinations? Political buildings in DC? National parks? Theme parks?

Yup, America’s favorite pastime. While Times Square took the top spot and Disneyland in California and Universal studios in Florida took numbers 2 and 7 respectively, the other 7 spots went to baseball stadiums, likely because baseball’s regular season alone accounts for 162 games.

What this means for you is if you happen to have a business anywhere near a baseball stadium, get your Facebook act together for the foot-traffic business.

This one may have a bit more relevance for most people.

By far the number one most popular tech usage topic in the realm of Facebook was Instagram, with Pinterest falling in at number 3 for the only other non-Facebook social site in the top 10. Most of the rest is pretty much Facebook stuff, with Timeline coming in second.

What this means for you is that you should start looking into ways to incorporate Instagram and Pinterest into your Facebook marketing campaign strategy, if you haven’t already. People are trending on it over Facebook pretty heavily, thus the tie-in is quite strong for people who are already on Facebook.

And the most popular meme of the year according to Facebook goes to: TBH (to be honest). Sorry YOLO and Gangam, to be honest, you got beaten pretty hard.

What this means for you isn’t really all that much, but it’s something to think about. Maybe you can find a way to start working this meme into your posts on Facebook to draw some fun interaction from your followers. Since this is the most popular one, people seem to respond to it the most for some reason or other, so offering this quirky little incentive could serve up a lot of interaction.

After all, followers can only handle just so much “What should we blog about this month: health care reform or workers unions?” before they just don’t care about what you have to say anymore. Keep things fresh in the coming year and let this be some inspiration for you.

And to keep the inspiration coming year-round, check out and subscribe to the PuTTin’ OuT social media marketing blog!