How the Story of Social Media Will Change in 2015 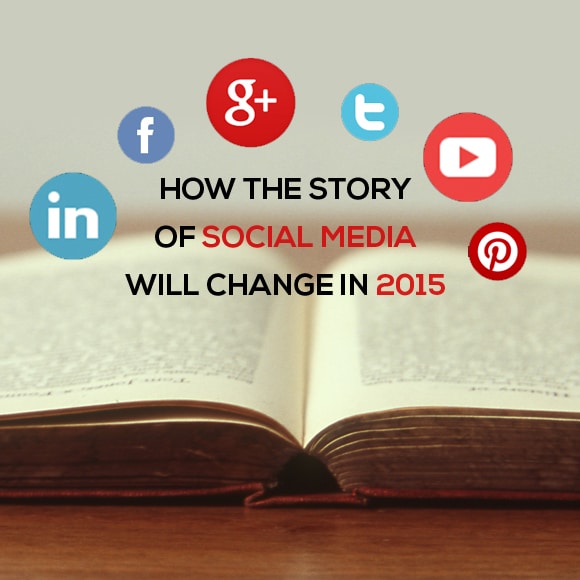 Snap. Crackle. Pop. The fizz and sparkle of New Years has gone and we look forward to 2015 and what it has in store for all of us. We in the social media marketing ring have a big task ahead to stay up on the times and make that marketing technologically advanced, unique, and BRANDED! Are you one for predictions? We are! Take a walk through how we believe social media will change in the next year, some which have been looming for YEARS!

Video Marketing is IN!

Vimeo, YouTube, Tumblr and Vine, you name it, video marketing and posting is HUGE now and will continue to get bigger this year. See it this way. In the days of Myspace at the beginning of social media, music was at the forefront.

Then the message was most important during the golden age of Facebook.

Next on the list? Videos. While they’ve grown in popularity on Facebook in 2014, we expect with the growth of video sites such as Youtube and Vine, this will continue to be a trend in the coming years.

A Blog is that much more important.

No seriously. If you aren’t blogging by now, you’re waaaaaaaaaay (I really mean WAY) behind. While blogging isn’t new news in any sense, we expect that this trend will continue to grow and more businesses will realize the importance of regular blog posting to increase brand awareness online and in the real life. Yes, real life people read blogs. Get behind it, people.

Your BRAND is that much more important.

Along the same vein, as social media becomes that much more visually-based, your brand and logo become more accessible and vulnerable to social growth. Did you know that the law of Fair Use allows online users to debate YOUR BRAND whether they can use your logo and images online or not? If you don’t have a social presence, you’re not just missing OuT anymore, you’re not maintaining your brand reputation. As Angela Ahrendts often said, everything that’s said of a brand, everything in any platform, should be heard by the brand owner. No exceptions.

Customization Versus SEO and Search.

While Google still fights the bots and SEO slip-ups of 2014 and before, don’t let that hold you back from making 2015 your customized option online. Gone are the generic posts that mean nothing and get response. Today’s viewers are way too savvy to that (in fact they’re learning way more about ads on social media than ever before). So in requiem of the generic, SEO keyword-stuffed posts, we emit three seconds of silence.

There is great debate on whether Facebook is on its way out. Twitter and Instagram have both offered ads on their platforms in 2014. The strategy across various platforms will continue. It’s no longer ok to just post on Facebook and allow the response. Twitter, Pinterest, Instagram, Tumblr and YouTube now all need to have viable posts and for interaction to reach a greater audience. If I were a lawyer, it would be non-negotiable. But I’m not. So I’ll just tell it to you straight:

If your social presence isn’t heard on every major platform in 2015, you’re missing out on at least 40% of your audience. At least.

The Ads versus the “Real Fans”

There’s great debate on every social platform about “numbers” versus actual “interactions.” Our prediction is that the interactions will become more prevalent while the “numbers” stay the same. Not too savvy? While numbers of followers may have a greater hand in whether you get your foot in the door (ha wrap your “head” around that), actual followers will make your brand greater. They are the ones who “Like” “Favorite” and “Share” because they are invested in your brand and want to see it succeed. We expect this shift will continue to become apparent in your bottom line as well as your social engagement in this next year.

It’s all about Personalization.

People of the world agree. The number one best posts across any social media are personalized. They are those one-second snapshots of dinner or the little closeup moments of a gift that was given. Social media posting, even for business branding in 2015, is going to be about personalizing a brand and making it accessible, beautiful, and achievable in the viewer’s minds. You don’t have to give your whole life story. You don’t have to try to sell, sell, sell. We expect that 2015 will be about honesty, integrity, and also the knowledge that social media will continue to evolve and sell itself in new and improbable ways.

So, cheers to the New Year. Cheers to new beginnings. What are your predictions for social media? Where do you see Facebook headed?