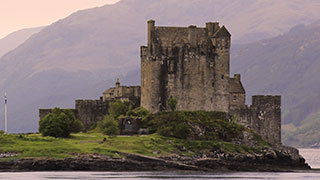 Do religion and politics have a place in social media? If you ask this Georgia gal turned Vegas social media marketer, I’d say heck yes they do! The bigger the controversy, the more hashtags, the more shares, and the more active users to engage!

While I’ve touched on the UK’s social media before, it dawned on me that Scotland’s got a whole new bag, baby! While not everyone should be airing their dirty laundry on Facebook (WHO am I kidding??! We see over sharing every day!) Scotland media is cultural and political with a purpose.

It seems we’ll never forget Mel Gibson’s epic last liner, “FREEDOM!” from the movie Braveheart. While we’re not saying you should take politics back to the dark ages, Scotland is still really focused on independence and political rights.

The Scottish Independence Referendum has gained leverage on sites like Facebook and Twitter. Many SM outlets claim that social media sites are a new battleground for Scotland’s struggle.

Before you go painting your face blue and taking selfies, keep on keepin’ on – there’s more to it than that!

Culture has also made (ahem) a killing on the social media battleground. Scotland touts a record number of Facebook, Twitter, and Google search users. And they’ve also created their own online version of the cultural kilt! It’s called Kiltr.com – a Pinterest-like online board where users post anything from music to pop culture.

Kiltr has a couple interesting things going. One, it’s regional. Each post has the region of Scotland where the post was originated. With mobile phones keeping tabs on our location, I expect regional social marketing to expand.

Second? Kiltr has an entire section built for posting on the Scottish Referendum – the good, the bad, and the ugly on the issue.

I personally love that kind of dirty laundry.

It’s not About the Jobs

While Scotland was reputed highest in network use in the UK in 2012, none of it was for online job search. They check their email, their Facebook, pay their bills, and post culture to Twitter. Anything but a simple job search. Scottish users would pick online shopping over LinkedIn any day on the internet.

While it may never be the best idea to allow all your political opinions air out on your Facebook page, Scotland may be onto something.

Social media across the board – whether Scotland, Brazil, Paris, or here in the US stays pretty much the same. Ya hear me right? The social media trends are surprisingly similar, wherever we are worldwide.

If this continues, the streamlining of social media will mean a bigger platform for you, your brand, and your political stand (if you choose to have one). If you’re interested in non-US social media like Kiltr, check out the Asia’s social media Plurk for a little bit more international in your life.

How much do you share on social media? Are political topics fair game or not? Hit me with your best shot!