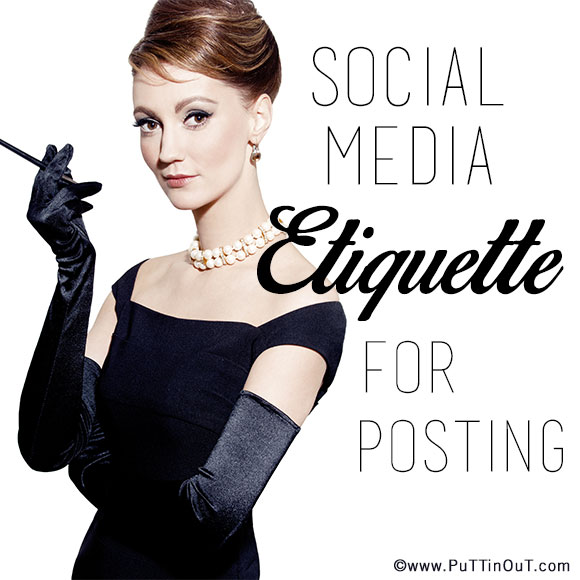 Nobody wants to be a pest – but there is a lot more at stake than just annoying people if you don’t know what you’re doing on social media. Whether you realize it or not, there are lots of unwritten rules for social media posting etiquette everyone has to abide by.

Unless, of course, you want to end up with a bad rep and no followers.

It’s Called “Social” for a Reason

Most businesses seem like they only see social media as a way to sell their services, and treat it more like an online catalog than a way to communicate with people. Invest the time to build relationships first and actually be social. People don’t appreciate anyone trying to sell them online unless they feel like they know you and you know them 🙂

Owls, umbrellas, butt cracks… Not everything is meant to see the light of day – and that includes sales conversations.

If someone starts talking to you about specific business, or if you’ve got a business proposition for one of your followers, don’t air it out on public walls. People don’t need to see that, and they don’t like being reminded that you’re using the social outlet for professional networking and marketing. Take it to private messages, or, heck, pick up your phones. Remember those?!

I’m sure you know not to be vulgar, obscene, etc. on social media (hopefully…)

Before you post anything, think about how you would talk to people if they came into your place of business. Maybe you like to be formal, maybe a bit more conversational and friendly. Make it reflect the way you do business, and…

Be nice, even if you’ve got some Grade-A beef with someone. Nothing is gained by arguing or complaining on social networks. If there’s an issue, address it privately, not in public for all to see.

Remember that your online friends may be offended by strong opinions or topics, and what you post may reflect on every Glambassador in the company and the brand. People are watching. Don’t risk having to regret it later.

Don’t Be a Pest

I’ve talked about this before: know how often to post to social media and don’t stray from it. There IS such a thing as too much posting. No matter how clever, important, or interesting what you have to say is, most people don’t want to read it 5 times a day. It becomes white noise, and after that, what’s the point?

What social media etiquette rules do you see businesses break? Let me know the worst ones in the comments!