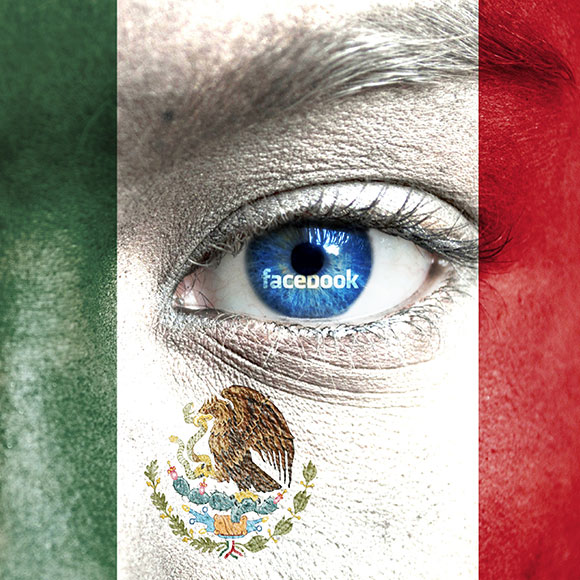 Someone once told me that Cancun, Mexico was JUST as pretty as Hawaii and less expensive. I would agree with a resounding YES!!! I visited this country to hype Mexico’s social media and found myself hyped as well!

We covered Panama’s social media devotion earlier this week. Now PO International social media month continues with Mexico. They’ve got whopping stats that sling everything out of the water – with a twist of something new.

You may have heard about Mexico drug cartels using social media. Online intimidation is NOT what we’re going for here. The cartel relied heavily on videos to target abductees in real time. Did that stop Mexico’s users from growing on YouTube? No!!

In 2013, Mexico ranked 5th in the world of internet users. 81% of that is video. They prefer shorter videos by far, which gives Vine some real social media clout with almost 40 million users.

The Mexico marketplace is a site to behold. Vendors sell goods with the savvy Spanish I wish I had (my accent’s atrocious). In Mexico they do everything big and the social media marketplace is booming. Mexico is the 5th most active country on Twitter with 12 million followers…. THAT’S more than the UK.

Don’t get me wrong, London’s got a lot going on in the social media department and it ain’t too shabby. And the UK and Mexico are head-to-head on fan stats. Mexico has a 92% active internet following.

You see it across the board. As Mexico claims more of a middle class, they’ve taken over Linkedin, Google+ and Instagram with a vengeance.

The Dark Side of Social Media

The dark side of the force is alive and well, and I don’t just mean the black cape and heavy breathing.

In many parts of the world, including Mexico, social media is used to create political discord. Mexican drug cartels still use social media to communicate. Mobile use has made this prevalent. Photos of recent killings circulate Facebook and Twitter with explicit content.

In my travels promoting social media, I can’t ignore unrest. Having a street guard will do that to ya. But I will say this – the majority of people in Mexico aren’t on social media for the dark side. They’re there for the mass communication and togetherness that it creates. Their numbers say so.

As I write this, I remember the last World Cup game they played. If your heart didn’t break when Mexico was beaten in the 16th round of the World Cup, mine did. This World Cup staple was beaten by one of the top three final contenders – the Netherlands. I’d say there’s pride in that!!

What are your thoughts? Is social media used more for good or bad? What can we learn from SMM in International markets?